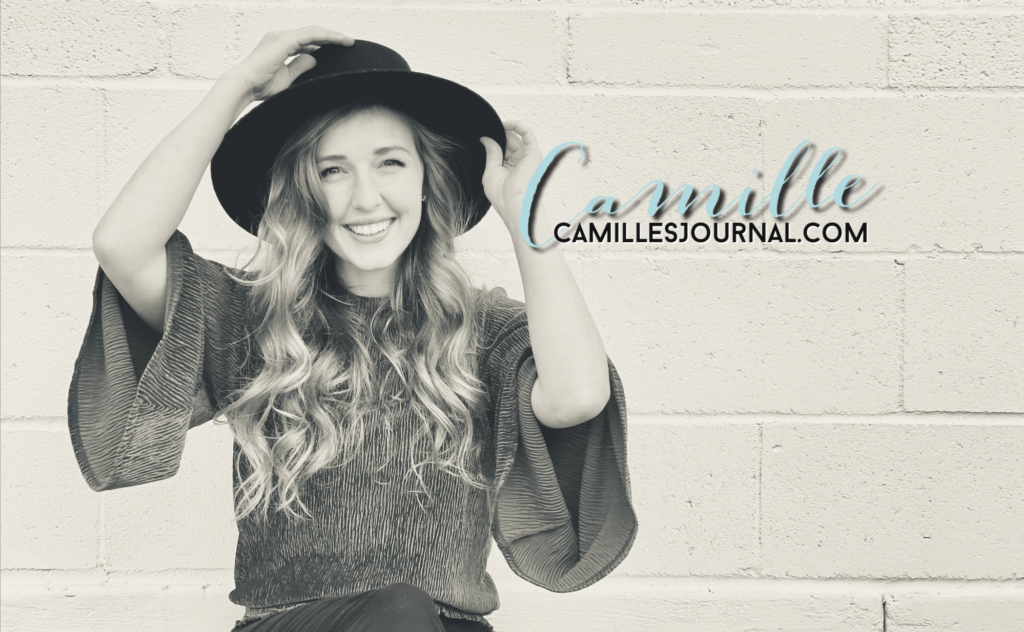 Hello, I’m Camille. When I was 3 I wrote my first “song.” My bicycle got stolen outside of the Salvation Army and as we walked home my parents said I sung “somebody stole by bike-i-sole” over and over again. They got a kick out of it. When I was 7 we would have family devotional and instead of going to bed I would want to sing and write more songs about how I loved God with my soul because I didn’t understand what soul meant. At 10 years old my dad bought me a kid sized classical guitar (which is what I recommend for young beginners because it’s easy on the fingers) and by 11 I wrote my real first song, “When you call upon my name Lord, I will answer.” I pray that I have stayed true to that. At 15 I started leading worship at my dad’s church and at 16 I became the worship leaders for 5 years until dad transitioned out of pastoring. In those years I wrote a lot of music.. songs just kept coming to me and dad raised money and we recorded 5 albums. I wrote a song for Rick Santorum that went viral and at 19 we are all into the political circles. We traveled the country singing. As I’ve gone to meeting after meeting, I realize that I always want action steps and ultimately for the christian conservative community to just work together, because conservatives truly are the majority of America. I’ve written songs about topics that I’m passionate about even if they’re not the mainstream. A song called “Slavery” on ending human trafficking. A song called “Back the Blue” to support our brave American police officers. And a song on ending abortion called “March for Life.” I believe that if we as Christians stand up for what we believe in, repent of the sins in our own churches, and work together on goals God shows us to focus on, we can really change our nation and our culture will come back to God. America is crying out for revival, even if they don’t know it yet. You can follow my page “Christian Conservative Action” on facebook, my clean conserative meme page “CamilleforAmerica” on instagram or “Camille Harris” on facebook & instagram. I have a personal YouTube channel where I want to show people how to get closer to God on “Camille Harris” on YouTube. God bless you!